Terra Classic [LUNC] there was huge volatility in the charts in September. It rose almost 150% in the first week of September. The following week, the price recouped much of this gain. What’s in store for LUNC next week?

A series of Fibonacci retracement levels were drawn for LUNC’s ascension in September. The 78.6% retracement level at $0.0003 served as support earlier this week, but succumbed to selling pressure. During the past day’s trading, this level has again turned into support.

The rising order block (cyan box) in the $0.00024 area saw a decent reaction in recent days as the price bounced 30% off the bottom. However, it quickly approached the resistance zone at the 61.8% retracement level. In the first week of September, a bullish order block was formed, as a result of which LUNC quickly rose from $0.00034 to $0.00059.

This same order block has now turned to resistance and likely acted as a seller’s stronghold again. Therefore, a selling opportunity may arise in the next few days if Terra Classic continues its gains towards $0.00036. 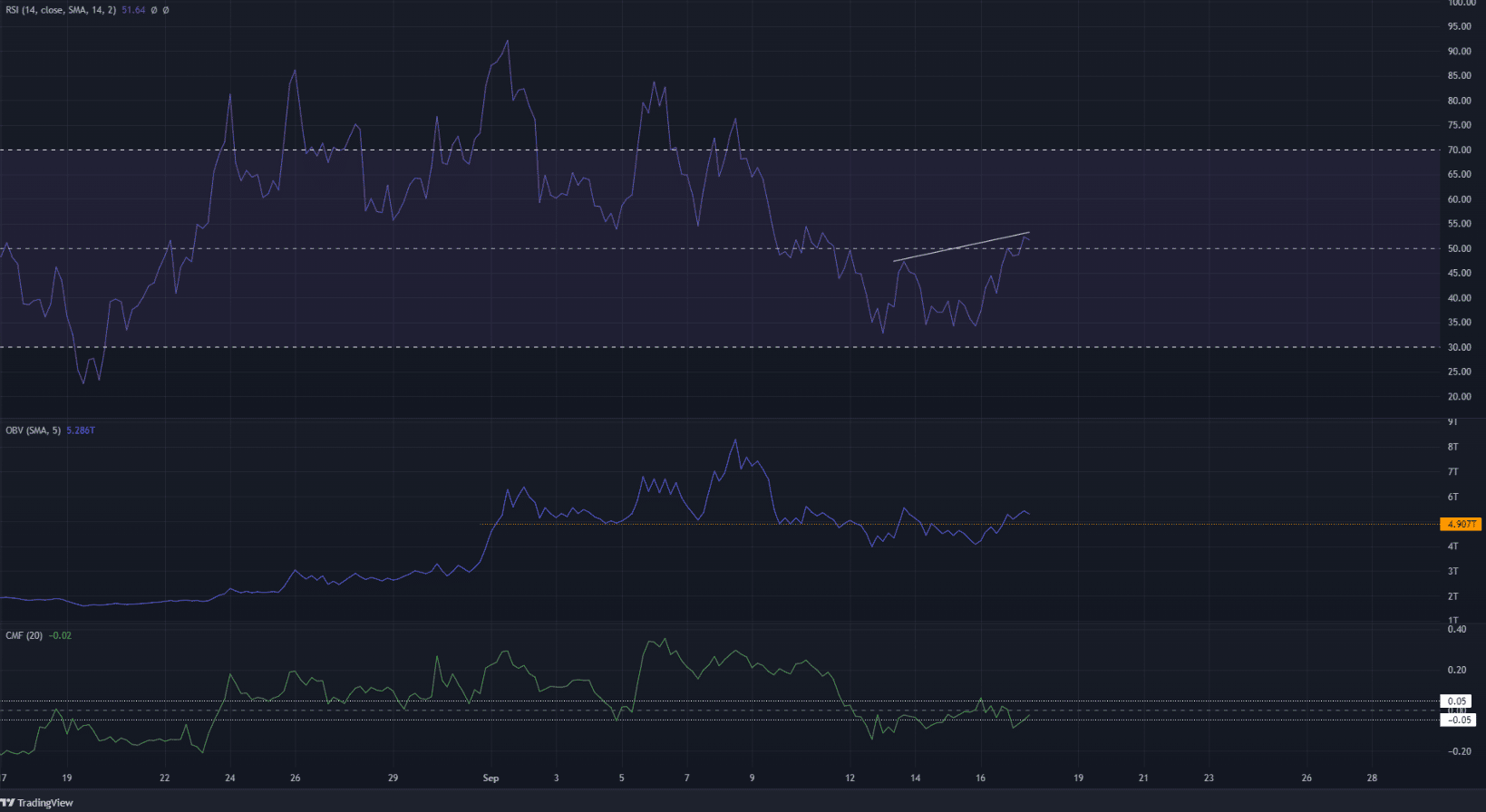 The indicators did not show a rising picture either. It was true that the H4 Relative Strength Index (RSI) managed to climb back above the neutral 50 level. However, in doing so, it formed a hidden bearish divergence. The price has moved lower, while the momentum indicator has moved higher. This development may cause the price to react downward in the coming days.

On-Balance Volume (OBV) also rose above the support level from the beginning of September, but only barely. It has been relatively flat over the past week, although the price fell sharply. This suggested that the selling pressure was not as strong as expected and a recovery was possible.

Chaik’s Money Flow (CMF) also remained in neutral territory for the past week, once again emphasizing that the flow of capital into or out of the market is not significant.

Price action indicated that there was a high chance of rejection at $0.00036. Last week’s lack of sales volume suggested the possibility of a recovery. Until LUNC is able to climb above the $0.00036 level and turn it into support, the bias would remain bearish.